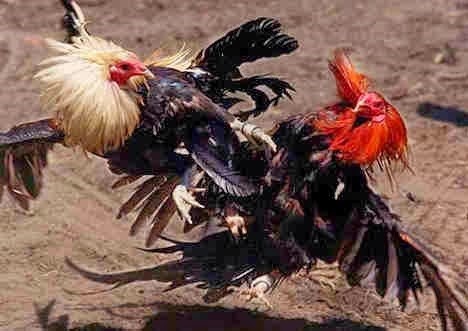 Key advances for animals and one major setback, while other good and bad initiatives stall

Lawmakers in the 115th Congress got off to an awful start for animals, with Republicans reversing a key legal protection for wildlife in Alaska. But they ended their work nearly two years later by passing a Farm bill that included three key animal protection priorities, enacting some very consequential gains for animals.

Overall in 2017-18, there were a series of missed opportunities to advance a larger set of animal protection priorities, with committee chairs failing to move a raft of broadly popular, bipartisan bills to create a national anti-cruelty law, crack xanax Product Description Reviews down on horse soring, ban shark finning, and end cosmetic testing on animals. The good news was, with one major exception, we were able to block, working mainly with Democrat allies, a series of outrageous maneuvers to roll back state and federal animal protection laws, including the King amendment, federal de-listing efforts for wolves, and reopening of horse slaughter plants in the U.S.

Meanwhile, executive agencies did substantial harm to our cause, as they pursued a de-regulation strategy that let some forms of animal exploitation continue. The worst series of actions came from the U.S. Department of Agriculture: 1) nullifying the Organic Livestock and Poultry Practices Final Rule, which would have enforced legal protections for more than 700 million animals a year on organic farms, 2) nixing upgrades to the Horse Protection Act that would have stopped “soring” of Tennessee Walking horses, and 3) abruptly removing from its website inspection reports and enforcement records on licensed and registered facilities that use animals, including thousands of puppy mills, laboratories, zoos, circuses, and horse shows regulated under the Animal Welfare Act (AWA) and Horse Protection Act (HPA).

In this year-end round-up of The Political Animal, we round up the major happenings for the 115th and look ahead to new prospects in a newly realigned Congress.

Farm bill helps bring key reforms over the finish line
The Farm bill was the key legislative vehicle for us this Congress, allowing us to append to it three very important gains for animals.

Stopping animal fighting in the U.S. territories: The Parity in Animal Cruelty Enforcement Act, led by U.S. Representatives Peter Roskam, R-Ill., Earl Blumenauer, D-Oregon, and Senators Cory Booker, D-N.J., Susan Collins, R-Maine, and Richard Blumenthal, R-Conn., ensures that long-standing federal restrictions on dogfighting and cockfighting apply to U.S. territories of American Samoa, Guam, the Northern Marianas Islands, Puerto Rico, and the U.S. Virgin Islands. Roskam engineered the key vote on the issue as an amendment to the Farm bill and that resounding result proved pivotal to securing this provision in the end.These are the last bastions in the United States where animal fights are openly and brazenly staged, with Puerto Rico alone having more than 120 cockfighting arenas.

Cracking down on abuse of pets in domestic violence situations: The PAWS Act, led by U.S. Reps. Katherine Clark (D-MA) and Jeff Denham (R-CA) and U.S. Sens. Gary Peters (D-MI) and Dean Heller (R-NV), will provide protections for pets of domestic violence victims, and authorizes a grant program to allow domestic violence shelters to accommodate pets. Senator Pat Roberts, R-Kansas, and Debbie Stabenow, D-Mich., the leaders of the Senate Agriculture Committee, were key players in advocating for this provision as an amendment to the Farm bill. Currently, only three percent of shelters nationwide have the capacity to accept pets, presenting a significant barrier that prevents victims from fleeing an abuser. Abusers often harm or threaten to harm a pet to maintain control over a victim.

Banning the sale of dog and cat meat in the U.S.: The Dog and Cat Meat Trade Prohibition Act bans the slaughter and import/export of dogs and cats for slaughter. The measure was led by U.S. Reps. Denham, Vern Buchanan (R-FL) and Alcee Hastings (D-FL). In the Senate, the effort was led by U.S. Sens. Kirsten Gillibrand (D-NY) and Pat Toomey (R-PA). Passage of the legislation sends an important message condemning the practice and sets an example for the global community as we urge South Korea, Vietnam, and other nations to end this practice.

House Republican committee chairmen and party leaders denied the full House a vote on other key reforms
National anti-cruelty law and a ban on bestiality: The Senate passed the Prevent Animal Cruelty and Torture Act (PACT), S. 654, introduced by Sens. Toomey and Blumenthal, by Unanimous Consent in December 2017, giving the House an entire year to act on the measure and get it to President Trump’s desk.  But retiring Judiciary Committee Chairman Bob Goodlatte, long an opponent of any animal welfare reforms, blocked the bill, despite its having 284 House cosponsors, including Reps. Lamar Smith and Ted Deutch as its authors.  PACT would prohibit extreme acts of cruelty when they occur in interstate commerce or on federal property and criminalizes the disturbingly widespread practice of bestiality.

Eliminating horse soring: The Prevent All Soring Tactics Act (PAST) would end the failed system of industry self-policing, ban devices integral to soring, strengthen penalties, and hold abusers accountable. The House bill, from Reps. Kurt Schrader, D-Oregon, and Ted Yoho, R-Fla., had 290 cosponsors, while the Senate bill, from Mike Crapo, R-Idaho, and Mark Warner, D-Va. had 46.  This Congressional effort was especially critical after the Trump Administration nixed a rule that would have adopted two of the three reforms built into the PAST Act.

Banning shark finning: House Natural Resources Committee Chairman Rob Bishop, R-Utah, refused to bring up an anti-shark finning bill, introduced by Reps. Ed. Royce, R-Calif. and Gregoria Sablan, D-Northern Marianas, that had 263 cosponsors – nearly two-thirds of the entire House. The Senate Commerce Committee favorably acted on S. 793, a companion bill introduced by Sens. Booker and Shelly Capito, R-W.V. The legislation would strengthen current law by prohibiting the trade of shark fins. Shark populations are in crisis because of the demand for fins.

We also saw enormous support for legislation to ban the slaughter of U.S. horses throughout North America, to end the use of animals in cosmetics testing, to crack down on puppy mills, to stop the trade and breeding of big cats for the pet trade, and to end the doping of horse in the racing industry. We believe all of these bills stand a strong chance of being signed into law in the next two-year period.

Slaughtering wolves and bears on National Wildlife Refuges in Alaska: The biggest loss came soon after the President’s Inauguration, when Republican lawmakers invoked the Congressional Review Act to unwind recent rulemaking actions of the Obama Administration. With Alaska’s Congressional delegation pushing the issue, Republican leaders cleared the way for a maneuver to target an August 2016 U.S. Fish and Wildlife Service (FWS) regulation that prohibited the following cruel methods of wildlife killing on 76 million acres of National Wildlife Refuges in Alaska

Slaughtering wolves, bears, and other predators on National Park Service lands: Rep. Don Young R-Alaska, the author of the House measure to open refuges to predator killing, tried to do the same for National Park Service lands, by pushing an amendment to defund enforcement of a similarly constructed rule by the Obama Administration. But the Senate did not take up the measure and it appears it’s been omitted from the end-of-year spending bill.

The Interior Department is working to unwind the provision through its own rule-making authority, and that means our blocking of the Young amendment may not be an enduring victory.

Nullifying state and local laws to protect farm animals and dogs: Key negotiators to the Farm bill dropped the King amendment from the final Farm bill. This sweeping provision, included in the House version of the Farm bill by the Agriculture Committee, would have preempted state laws that imposed any standards on agriculture and gutted state protections for animals, the environment, food safety, and worker protection. That provision never gained traction in the Senate and was broadly opposed in the House, too.

Removing federal protection for wolves throughout the lower 48 states: Republican lawmakers pushed a variety of strategies to eliminate federal protections for wolves, with the immediate effect of opening up states to trophy hunting and trapping programs that would have resulted in more than 1,000 wolves killed a year, out of a population of more than 5,000. Democrat leaders held firm and stipulated that they’d accept no year-end anti-animal or anti-environment amendments on the year-end spending bills, so it appears that the wolf de-listing effort has failed.

Seeing the roadblocks in the Congressional domain, the Interior Department has just recently signaled it plans to remove federal protections for wolves using its regulatory authority, but that may not be an easy process for agency personnel to navigate given the declarations that have come from the federal courts that have examined the issue.

U.S. horse slaughter ban maintained: Despite efforts by Congressman Steve King and others to re-open horse slaughter plants on U.S. soil, Congress is poised to continue the ban. If the 11-year-old ban had been lifted, then just a single businessman would have been able to open a plant in Missouri or Nebraska or New Mexico — all states where “businesses” have already shown off their sketches and construction plans and promised to put minimum wage workers on the kill floor.

This is a good outcome. But keeping the ban in the U.S. is not enough. We must also ban the slaughter of U.S.-born horses shipped live to Canada or Mexico. That’s what the Safeguard American Food Exports (SAFE) Act would do, and we stand a good chance of moving this legislation in the new year.

With key anti-animal politicians ousted, and pro-animal Democrats controlling the House, there are opportunities for advances and also a firewall against anti-animal actions

We expect Democrats in the House to advance many of the above-mentioned bills that stalled under Republican leadership. These bills should command supermajority votes, with Democrats united behind them and many rank-and-file Republicans also supporting them. The Senate will now emerge as the chamber where outcomes are more uncertain. It’s our hope that leaders there look to animal issues as a way to show that lawmakers of both parties can work together on issues of shared values

As Animal Wellness Action pushes ahead with an aggressive agenda in 2019, we’ll need your active engagement to pass a raft of pro-animal legislation overdue for action. We’ll email you when there is a call to action on an important animal protection bill, and you can also follow our Facebook page and Twitter feeds to stay updated on the most recent happenings. To review the voting records of your lawmakers, go to our Congressional Accountability Tool.