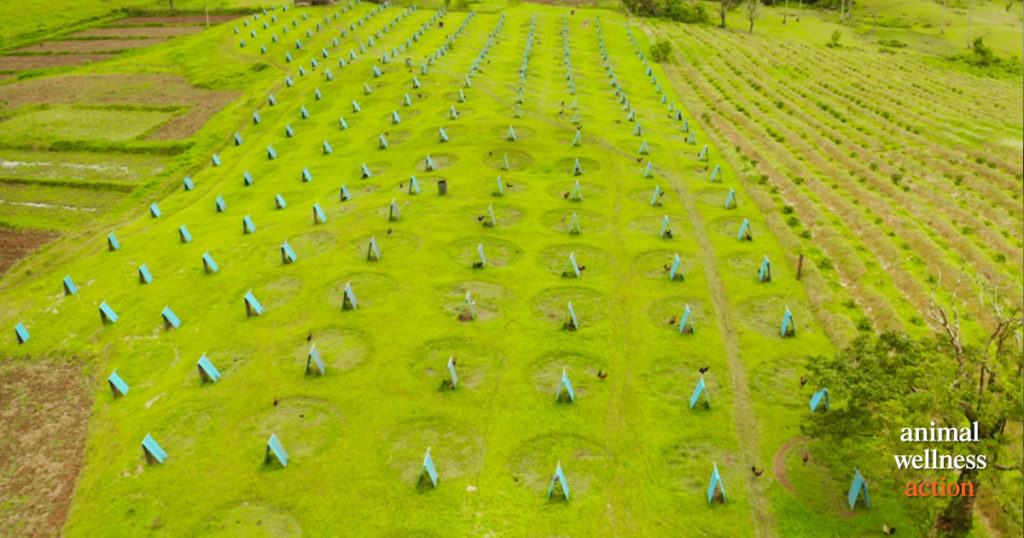 Note to Law Enforcement: Shut Down the Gamecock Farms, Not Just the Fighting Pits

Federal laws bans possessing birds for fighting, and these breeding operators are illegal operators sitting right out in the open

Just a couple of weeks ago, federal authorities raided a major cockfight in Georgia, arresting 178 spectators and the organizers at these gladiator-style fight. Officials seized 800 roosters before the inevitable injury and death that would come from life in a pit, with knives attached to their legs.

Bravo to the U.S. Dept. of Agriculture agents who helped build the case and gather the intelligence and to the U.S. Attorney for the Southern District of Georgia who is prosecuting the suspects.

The federal law enforcement community did, by all appearances, a model job in stopping this lawlessness and animal cruelty.

A direct intervention during a fight is typically how law enforcement apprehends dogfighters or cockfighters. Prior to the raid, law enforcement might get a tip from an anonymous source, about schedule from an informant, or the coordinates of a fighting pit from an undercover federal agent. And sometimes it’s serendipity: bust a drug den and find an animal fight in progress.

I’m all for these heroic interventions. Plaudits to the men and women in blue for doing this high-risk work. Law enforcement exists, in part, to protect the weak and unsuspecting from the strong and predatory. Animal cruelty is a misuse of power, with people who should know better maiming and killing animals for malice or amusement or financial gain. The state and the federal governments enable prosecutors to seek felony-level penalties against the people who do these awful things to animals.

But with highly clandestine enterprises like animal fighting, it’s hard to catch the perps in the act. They might stage the fight in a remote barn or shed, in a field, or even in a basement.  Organized animal fighters know they are violating the law. They often situate their fights carefully, setting up sentries to keep an eye out for law enforcement and keeping a close hold on the details of the fight so only the enthusiasts learn of it.

Those precautions are a barrier to enforcement.

My message to law enforcement is: Stop the fights before they begin.

It is easier to waltz through the front door rather than pull yourself through a second-story window if both options are available.

So, yes, the fights are banned, as they should be. But the same penalty may be meted out if an individual “possesses” an animal for fighting, “transports the animal in interstate or foreign commerce,” or “uses the mail service” to ship an animal intended for use in a fight.  Major cockfighters are raising thousands of fighting birds right out in the open, tethering birds to barrels or A-frame huts.

Animal Wellness Action (AWA) and the Animal Wellness Foundation (AWF) have conducted detailed investigations into illegal cockfighting activities in Oklahoma, Alabama, and Tennessee. Our research found large-scale cockfighting farms where individuals ship birds to Mexico, the Philippines, and other far-flung destinations. An abundance of evidence makes it clear these are illegal business ventures.

Our investigation started when we examined live-animal import records from the Guam Department of Agriculture and detailed more than 500 illegal shipments by 71 individuals from more than a dozen states over the last three years. There’s just no other reason these birds would have been sold to individuals from Guam, which has no broiler bird or laying hen industry.

What’s more, the people on both sides of the transactions are cockfighting enthusiasts, and that’s the only reason the exporters are raising the birds and the importers are buying them, sometimes for $1,500 for just a trio of birds.  All the birds shipped to Guam were mailed in boxes, without food or water for passages of 8,000 miles or more, through the U.S. mail – also a federal crime.

Our investigation has uncovered that the United States is one of the key breeding grounds for the global cockfighting industry. In fact, a Philippines-based cockfighting channel named BNTV recently concluded its “Thunderbird U.S. Gamefowl Tour,” celebrating all things cockfighting. The Filipino broadcasters toured dozens of United States farms and talked to the U.S.-based cockfighters who boasted about the fighting prowess and cutting abilities of their fowl.

Now is the time for law enforcement to move against the biggest underground animal cruelty industry in the United States. And no need to focus exclusively on catching the perps while they’re in the act of fighting their birds. Just stop them from raising thousands of fighting birds and shipping them all over the world.

The federal law was built to stop this very activity.

Ways you can help!

1) Send any tips about illegal cockfighting activities to us at: animalcrueltytips@animalwellnessaction.org. AWA and AWF have a $2,500 reward for any individual who provides critical information that results in a successful federal prosecution of those who violate the federal law against animal fighting.

3) Contact federal lawmakers at 202-225-3121 and urge them to support the creation of an Animal Cruelty Crimes section at the U.S. Department of Justice.