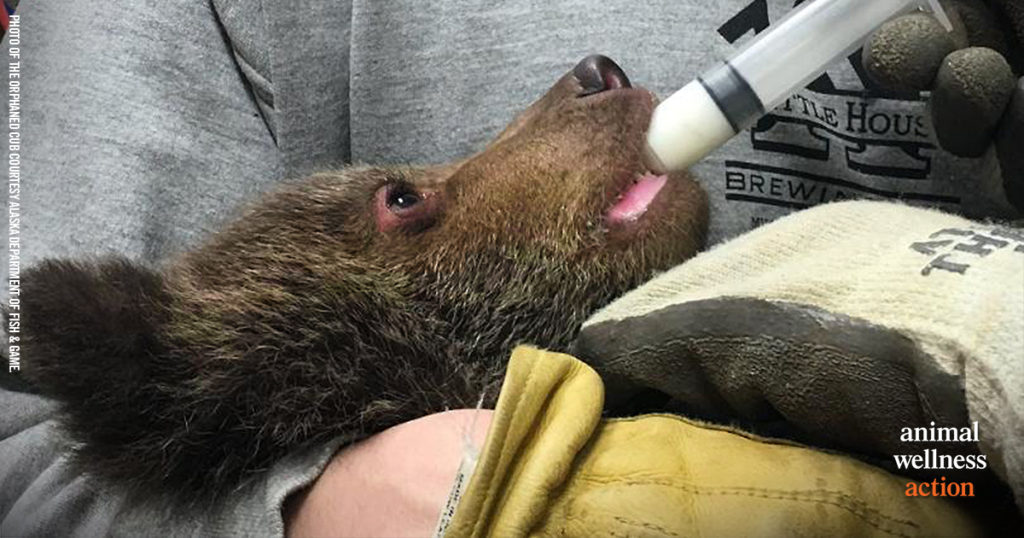 One thing that’s always baffled me are the mental contortions exhibited by some animal-use industries to justify cruelty. Cockfighters, for example, say the birds love to fight, even though the hapless creatures are trapped in a cordoned-off pit and have deadly knives strapped to their legs. Or trophy hunters of elephants, lions, or other threatened species tout their permit fees as financial aid for local communities, as if their outlays excuse their primary ambition to slay the world’s rarest and most majestic creatures.

Perhaps as galling, albeit much more insidious, is industry capture: Some government agencies become so thoroughly indoctrinated and obedient to the regulated industry that they become their handmaidens.

We see this with the USDA and its endless promotions of factory farming, whether it’s buy-ups of surplus commodities, check-off programs that fund industry advertising and lobbying, price supports, financial bail-outs, or government-funded research that they’d have to do on their own.

And you see it especially with many state fish and wildlife agencies, which often defend the most extreme abuses of wildlife under the guise of “conservation” or “wildlife management.”

Today industry capture in the wildlife management profession was on display before the U.S. House Committee on Natural Resources, conducting a hearing on the Bear Protection Act, H.R. 2264, a thoroughly modest and bipartisan bill that seeks to stop the global trafficking in bear bile and gall bladders.

The bill had a deeply informed witness in Mike Sutton, a former U.S. Fish and Wildlife Service and National Park Service federal agent who has practical experience in busting up poaching rings (one of the most dangerous jobs in the world). He also was appointed to two terms, including a stint as chairman, to the California Fish and Game Commission. In measured terms, Sutton argued that killing bears just for a small portion of their bodies is wasteful and cruel, and no different than the global poaching rings that pushed elephants (killed for their ivory tusks), rhinos (for their horns), and tigers (for their bones) desperately closer to extinction.

Several of the world’s eight species of bears are already critically imperiled, and the Bear Protection Act is a small but powerful step the United States can take to join the global community in preventing more killing of wildlife for profit.

Sutton also ominously warned that the national health agency of China announced that Tan Re Qing — a concoction mainly composed of bear bile — is considered a recommended treatment for COVID-19 patients. There is a synthetic alternative to the bile acids, so it’s entirely unnecessary.

To be sure, you won’t hear Dr. Anthony Fauci or Dr. Deborah Birx or any reputable scientist saying a word about bear bile as a key strategy to combat the spread of the disease or to treat the afflicted.

But today, Gordon Batcheller, a throwback to the era of old-school wildlife management operatives and an officer from the International Association of Fish and Wildlife Agencies, actually touted the properties of bear bile in his testimony as he argued in opposition to the Bear Protection Act.

So here you have two head-spinning moves. First, a man who is supposed to be working for wildlife opposing an anti-poaching bill. And second, the guy touting the benefits of harvesting the organs of wildlife as a public health strategy.

Might we expect his colleagues, at some future hearing, to extol the virtues of rhino horn or tiger bones?

And with more than eight million people globally afflicted with COVID-19, does he think that the world’s “poachers and wildlife traffickers” would be better characterized as “health care suppliers?”

In this case, the government capture is not perfectly linear. Many state fish and wildlife agencies, in their fealty to the trophy hunters and commercial trappers, see a bogeyman behind every animal welfare bill. It’s predictable the agencies would oppose a measure to restrict shooting endangered wolves or halt the use of snares on bobcats. But in this case, it’s more of a guilt-by-association explanation for their opposition. A bill like this, because animal groups back it, is viewed as a usurpation of the authority of state wildlife agencies and or some sort of implicit critique that they are not doing their job properly. Rather than say that directly, the witness trots out bromides about state management prerogatives and becomes a sideshow barker for wildlife potions.

But Gorden Batcheller is not just defending the poachers in the process.

Survey the world for the worst localized horrors meted out against animals — the animal sacrifices of the Gadhimai Festival in Nepal every five years, the fish-in-a-barrel shooting of captive lions in South Africa, the water-borne butchering of pilot whales in a Faroe Islands inlet, the midnight slaughtering of two million kangaroos a year in their native habitats in Australia for their skins to make athletic shoes — and even with all such barbarities in mind, you could make a case for bear bile farms, an organ-extraction industry centered in China and Vietnam, as the very worst.

According to Animals Asia, the advocacy group that secured an agreement from Vietnam to phase out its bear farms and that has tried to achieve the same result in China, the customary practice is to jam a catheter through their skin and into the gall bladder, where the bile is stored. It is inhumane, unhygienic, and debilitating, causing lesions, infections, and other life-threatening conditions. They endure serial, invasive extractions. “Some bears are even fitted with ‘metal jackets,’” according to Animals Asia, “designed to keep bile-draining catheters in place.”

Just as Congressional opposition to the dog meat trade was instrumental in softening China on that issue, Congressional action on the bear bile trade would have the effect of helping address that issue in China, too. The work of the U.S. Congress is still attention-getting throughout the world.

That’s precisely why we need the Bear Protection Act, as a protective measure at home and a high-bar standard for the rest of the world to emulate. Demand for bile in China, South Korea, the United States, or other nations with an appetite for Traditional Chinese Medicine translates into exploitation of wild and captive bears. We shouldn’t kill bears for their gall bladders and harm them for their bile, just as we shouldn’t kill rhinos for their horns, elephants for their tusks, or sharks for their fins.

We must leave behind the whole set of archaic, inhumane practices where we treat wildlife as potluck or potion, as textiles or trinkets in the making. The COVID-19 crisis is an air-siren to be heard and heeded throughout the world, including for the protection of wildlife. And for those government officials who are poster boys for industry capture, we don’t ask for your active support. Just stay out of the way and let the serious-minded conservationists and wildlife advocates battle the poachers on the front lines and enact the necessary policies to shield wildlife from the most ruthless of men.

You can make a difference today by contacting your legislators here and asking them to support The Bear Protection Act to put an end to bear poaching.