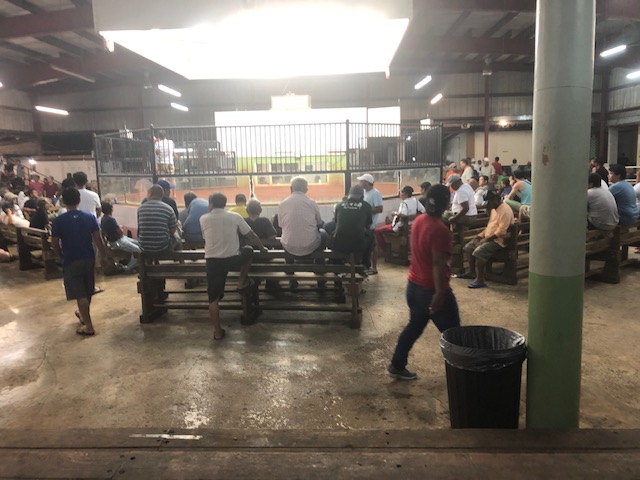 A key portion of the Animal Welfare Act (Act) has weathered multiple legal challenges from cockfighters and dogfighters who argued that the federal government lacks the authority to restrict animal fighting.  Each of the five amendments to Section 26 of the Act (relating to “animal fighting ventures”) from 2002 to 2018 triggered legal maneuvers by cockfighting enthusiasts intent on continuing their illegal enterprises. Many of the lawsuits had common themes, challenging Congress’s authority to enact animal fighting bans and alleging infringement of constitutional rights.

Challenges under the Commerce Clause

One of the recurring legal claims against the Act’s animal fighting ban is a federalism argument under the Commerce Clause, positing that Congress does not have jurisdiction to ban animal fighting because when the staged battles are contained within the borders of a state, they do not affect interstate commerce. This argument, however, has been repeatedly rejected by the courts, including the U.S. Court of Appeals for the Fourth Circuit in the seminal animal fighting cases U.S. v. Gibert and U.S. v. Lawson.[1]  The Fourth Circuit had “no difficulty concluding that Congress acted within the limitations established by the Commerce Clause in enacting the animal fighting statute.”[2]  The court’s conclusion was fortified by the Congressional findings showing the national economic impact of animal fighting and the direct link between animal fighting ventures and its effect on interstate commerce.[3]  With these two important decisions, the cockfighting community will have difficulty finding a pathway to undercut federal authority to ban animal fighting.

In October 2019, U.S. District Court Judge Gustavo Gelpi, serving the District of Puerto Rico, granted summary judgement to the United States and ruled against the claims made by a cockfighting coalition challenging Congress’ constitutional authority under the Commerce Clause to extend its ban on cockfighting to the U.S. territories.[4]  Judge Gelpi declared in his order that “[n]either the Commonwealth’s political statutes, nor the Territorial Clause, impede the United States Government from enacting laws that apply to all citizens of this Nation alike, whether as a state or territory.”

Plaintiffs in that case appealed the ruling, and on January 14, 2021, after reviewing Judge Gelpi’s decision anew, the U.S. Court of Appeals for the First Circuit arrived at the same conclusion.  Congress has the authority under the Commerce Clause, ruled a unanimous three-judge panel, to enact the AWA amendments that would extend cockfighting ban to U.S. territories.  The court found that the sponsorship and exhibition of cockfights for profit is clearly economic and commercial, and that its impact is not merely incidental to interstate commerce.  Further, the court found multiple Congressional findings underscoring the interstate commercial impact of cockfighting, highlighting the concerning finding that cockfighting contributes to the spread of avian flus, given the present COVID-19 pandemic.  The First Circuit joined the Fourth Circuit in reaffirming Congress authority to regulate cockfighting under the Commerce Clause.

Challenges under the First Amendment

Another argument brandished by animal fighters against Section 26 of the Act is grounded on individual constitutional right to freedom of speech, expression, and assembly under the First Amendment. In the case in Puerto Rico, the cockfighting coalition claims that the cockfighting ban has robbed them of First Amendment rights to freedom of expression, because Puerto Ricans perpetuate their culture through assembly and cockfighting.[8]  Both federal district and appellate courts adjudicating that question rejected the arguments from plaintiffs.  Even if animal fighting were expressive conduct, the district court stated, “expressive activities that produce special harms distinct from their communicative impact are not entitled to constitutional protection.”[9]  Further, the court recognized the “distinction between an artistic expression, such as depicting a wounded or dead animal, from a non-artistic conduct, i.e. participating in animal fights that may lead to injury or death of participating animals.”[10]  Moreover, the animal fighting ban does not prohibit cockfighting enthusiasts from assembling to discuss and express their views regarding cockfighting and other cultural issues.[11]

The First Circuit affirmed the decision, finding the cockfighters had failed to show that sponsorship or exhibition of cockfighting would reasonably be understood by a viewer to be communicative.  The court also found that they failed to show any expressive elements in cockfighting activities, and interestingly, taking it one step further, the court stated that even if there was an expressive element, the amendments’ burden on the speech would be plainly permissible as an incidental restraint on such speech.  Moreover, the court disagreed with the cockfighters argument that they would be deterred from assembling to discuss their views regarding cockfighting, another First Amendment argument that failed because the amendments do not curtail any discussions about cockfighting.  Although, the First Amendment does not protect assembly for unlawful purposes or to engage in criminal activity.  If the plaintiffs conspired to sponsor or exhibit a cockfight, the First Amendment would not protect them.

Cockfighters have also argued freedom to exercise religion in federal court.  In July 2020, the U.S. District Court for the Middle District of Louisiana rejected plaintiffs’ arguments that cockfighting is an integral and essential part of their faith.  The court found the photo evidence submitted by the district attorney suggested that the cockfighting activities were more commercial in nature than a bona fide religious ritual.  The photos depicted a cockfighting arena littered with discarded food and alcohol containers; a handwritten betting ledger; ‘cockhouse’ fees and membership rules; rooster corpses; and other indicators of a commercial cockfighting operation.

Animal fighting has often been intertwined with other forms of organized crime – whether it be gambling or bribery to keep the local authorities from enforcing the law. In U.S. v. Thompson, the court finds persuasive the evidence that “local authorities were participating in the animal fighting activities and were thwarting law enforcement.”[12] The court elaborates to resolve the defendant’s Tenth Amendment claim that the federal government should defer to the states with regard to the regulation of animal fighting because that’s a law enforcement matter left primarily to them.[13]  The court states, “[w]hile one or more corrupt members of law enforcement do not vitiate the Tenth Amendment, it is a powerful buttress to the argument that the federal government may also have a legitimate interest in regulating criminal activity that has traditionally been regulated by state governments. This is especially true because, absent a specific constitutional prohibition, states are certainly free to ask the federal government for assistance in regulating activities such as animal fighting.”[14] The court implies additional regulation by the federal government only helps the proper enforcement of the laws barring specific constitutional prohibitions.

Another case to watch is before the Ninth Circuit Court of Appeals, resulting from a challenge to the federal animal fighting law from a Guam cockfighting.  A magistrate judge rejected the plaintiff’s argument and then a district court judge made a similar ruling, relying on the thinking from Judge Gelpi in the challenge brought against the United States by the Puerto Rican cockfighting coalition.  That same coalition of Puerto Rican cockfighting interests filed a writ for certiorari to the U.S. Supreme Court on June 11, 2021, appealing the First Circuit’s ruling.  Given the unanimity of action from federal district and appellate courts across the country, upholding the authority of the United States to bar any form of staged animal fighting, the nation’s top court is unlikely to take up the case.

Thomas Yoon is an associate attorney and a research analyst with the Center for a Humane Economy, Inc.

[5] U.S. v. Thompson, 118 F.Supp.2d 723, 726 (W.D. Tex. 1998) (“There is evidence that the people involved in animal fighting use the channels of interstate commerce.  They publish and distribute magazines and other periodicals that are shipped across state lines.  The Court assumes that they use telephones to inform each other of the time and dates and location of animal fighting activities.  Animals are transported across state lines for breeding and fighting.  People travel across state lines to transport the animals, to referee the matches, to gamble on the matches, or simply to view the animals.”).