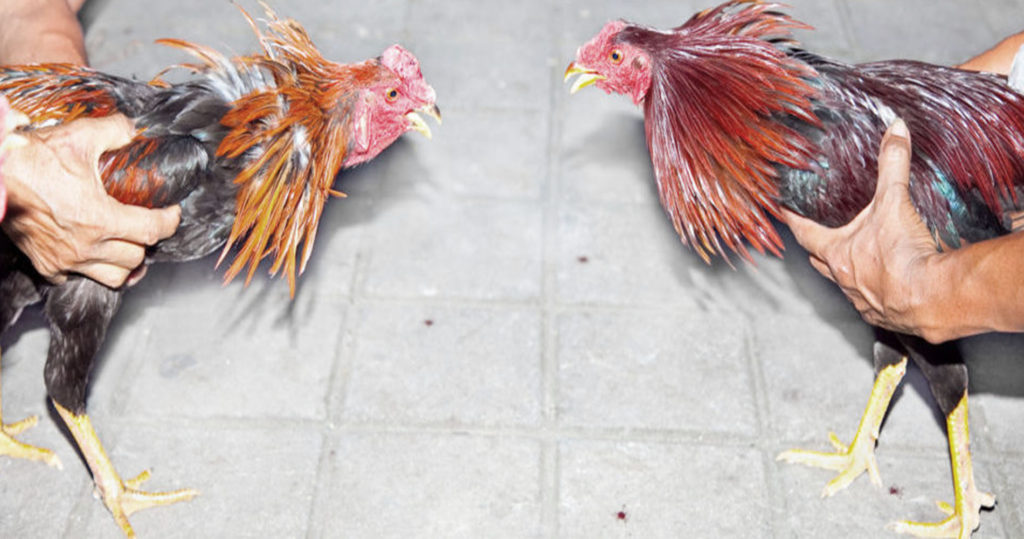 It’s now a matter of enforcement.

In issuing an order yesterday that rejected the claims of cockfighting clubs to invalidate a portion of our national anti-animal fighting law, U.S. District Court Judge Gustavo Gelpi settled two lingering questions: 1) does the federal law against animal fighting apply to the five U.S. territories, and 2) does the federal law ban all cockfighting activities, or just those activities where a rooster has been transported across state lines for a fight?

Gelpi said the answer to both questions is an emphatic “Yes.”

His ruling affirms the notion that dogfighting and cockfighting are banned everywhere in the United States, including any territory that does not have an explicit ban on the practices (Louisiana became the last state to outlaw cockfighting in 2008).

This is a moment to celebrate a legislative and judicial milestone. It’s rare to have a legal stricture that seeks to finish off an animal-abuse industry in the United States. (The most recent upgrade of the animal fighting statute, passed at the end of 2018, takes effect in the territories on December 20th.)

But let’s remember, dogfighters and cockfighters are a law-breaking horde. There are busts every day somewhere in the United States. Last year, on HBO Sports, a group of cockfighters appeared on television and proudly said they’d flout state and federal law and keep their fighting businesses going.

There was a recent investigation in Monterey County, Calif., that determined there are 1,000 backyard cockfighting operations in that jurisdiction alone. Indeed, if you drive around rural reaches of the United States, you’ll see large colonies of roosters tied to A-frame huts or to barrels; these are birds raised for cockfighting. There are millions of birds now being raised for fighting in the U.S. Two million, 5 million, 25 million? Nobody quite knows, but it’s happening on a quasi-agricultural scale.

The remaining question, unresolved by the Congress or the federal courts is, will the rule of law prevail?

In the field of animal protection, we have rightly called out a lack of proper enforcement of anti-cruelty laws. But random acts of cruelty are, by their nature, not organized, and enforcement requires both opportunism as well as resolve and resources.

Here we have a circumstance where there are large arenas in Guam, Puerto Rico, and even in some states such as Alabama and Kentucky. It is the duty of our local, state, and federal law enforcement agencies to shut them down. They are dens of illegal cruelty, but also illegal gambling and often other criminal conduct.

Some people who’ve long exploited animals mistake their devotion to their enterprise or the long-time horizon during which they and their predecessors have conducted it, for a fundamental right.

Earth to these people: The world has changed, and these perverse forms of animal exploitation are no longer permitted.

Indeed, the federal case advanced in May by the cockfighters was light on legal theory and heavy on their historical argument about the value of cockfighting to the local culture and the economy.

Frankly, we’ve heard this claptrap in every political arena where there was a relatively recent and successful move to outlaw cockfighting. Rural whites in Oklahoma said cockfighting was central to their culture, and their allies said that there were 2.5 million fighting birds in the state, as a statement of the money wrapped up in the industry. Rural Latinos in New Mexico said cockfighting was a central part of Hispanic culture. Cajuns in Southwest Louisiana put their culture argument in the forefront of their campaign to defeat state legislation to outlaw cockfighting.

When people of every ethnic heritage claim cockfighting as a cultural right, there is a dilution effect that turns the argument into mush.

The reality is, cockfighting probably started 3,000 years ago during the Roman Era, and it spread throughout the world as the empire expanded. It’s been practiced throughout much of the world ever since. Only in the last 150 years, with the rise of the global animal protection movement, has it been in retreat.

There were plenty of other moral horrors that went global. Dueling. Honor killing. Repression of women. Slavery. Ubiquity and longevity are not markers of culture. They just mean that the particular forms of persecution were widespread and enduring.

In the United States, and in so many parts of the world, civilized societies evolve. That’s precisely why policymaking and enforcement are ongoing enterprises in society.

Congress has declared that animal fighting is barbaric and inhumane and it should be banned. In fact, the Congress has upgraded the law five times since 2000. Multiple federal courts have affirmed the constitutionality of the law, and its reach into every part of the United States.

Cease the pathetic tropes about culture. There’s no right to cockfighting. It’s not in the Bill of Rights. Or anywhere else in the Constitution. It’s nowhere to be read or heard except in industry screeds and in the raspy rants of individual cockfighters.

And more importantly, stop raising fighting birds. Stop shipping them to fighting derbies all over the world. Stop manufacturing cockfighting blades and gaffs. Stop fighting birds in pits and gambling on the outcome.

Start enjoying some other form of recreation. An indeterminate number of them are perfectly legal.