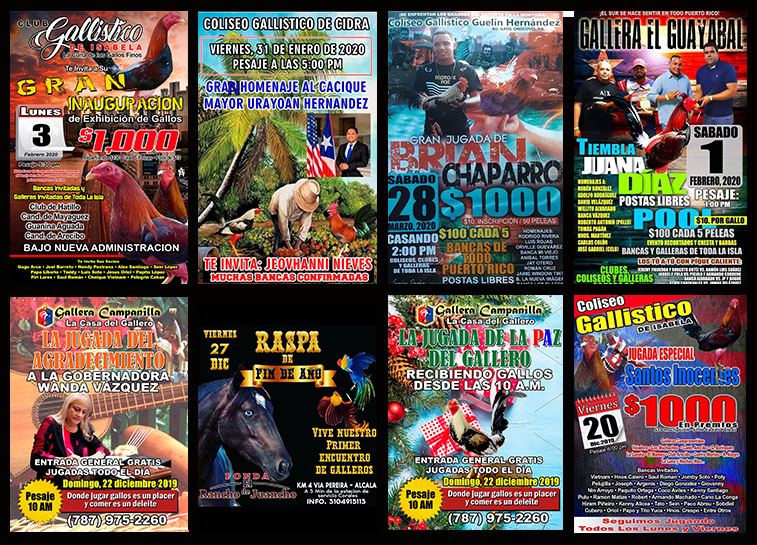 Washington, D.C. — The U.S. Court of Appeals for the First Circuit affirmed the constitutionality of the federal law against animal fighting as applied to Puerto Rico, removing any thread of an argument that cockfighters in the Commonwealth can continue to legally stage animal fights there.

“We affirm the district court’s decision and hold that Section 12615 is a valid exercise of Congress’s Commerce Clause power and does not violate plaintiffs’ individual rights,” wrote the three judge panel in a ruling handed down today.  The decision came after cockfighting interests appealed an October 2021 ruling by U.S. District Court Judge Gustavo Gelpi who granted the motion for summary judgment from the United States. Gelpi declared that “[n]either the Commonwealth’s political statues, nor the Territorial Clause, impede the United States Government from enacting laws that apply to all citizens of this Nation alike, whether as a state or territory.”

Club Gallistico and other cockfighting clubs, supported by politicians across the Puerto Rico, challenged the law.  Animal Wellness Action, the Animal Wellness Foundation, and the Center for a Humane Economy filed amicus briefs in support of the United States, and the appeals court thanked the organizations for their involvement.

“The United States has the authority to outlaw staged animal fights in the U.S. Territories, and it has done so,” said Wayne Pacelle, founder of Animal Wellness Action, which led the fight for the upgraded anti-animal fighting law. “The Congress, the Federal Courts, and the U.S. Department of Justice have been crystal clear on the matter: engage in animal fighting activities and risk going to prison. It’s time for Puerto Rico’s cockfighters to obey the law and shut down dozens of cockfighting pits operating in the Commonwealth.”

In December 2018, Congress passed and President Trump signed the Agricultural Improvement Act of 2018 into law, and that major legislative package applied all prohibitions against animal fighting to all parts of the United States, including the U.S. territories of Puerto Rico and Guam. The animal fighting provision had a one-year delay in implementation, taking effect on December 20, 2019.  Reps. Peter Roskam, R-Ill., and Earl Blumenauer, D-Oregon, and Senators Cory Booker, D-N.J., and Richard Blumenthal, D-Conn., led the fight to pass the law.

According to the U.S. Department of Justice in its pleadings, the 2018 upgrade in the law stipulated that cockfighters “may not sponsor or exhibit cockfights, just as prior to §12616 they were prohibited from attending cockfights, possessing game cocks, or engaging in other animal fighting practices that were prohibited both in Puerto Rico and nationwide.”

“Cockfighting is a settled matter, as a question of moral conduct and law,” said Drew Edmondson, who served as Oklahoma Attorney General for 16 years.  “This latest ruling by a panel of federal judges reinforces the legal principle that the United States has the power to forbid staged fighting everywhere in the U.S.”  General Edmondson is the co-chairman of the National Law Enforcement Council of Animal Wellness Action.

Two U.S. district courts in the territories and now a federal appellate court on the mainland have determined that the United States has the authority to outlaw staged animal fights on every inch of U.S. soil,” added Mr. Pacelle.  “It is time for cockfighters to lay down the knives and gaffs that they affix to the birds’ legs, stop placing them in a pit to fight, and move on to other forms of entertainment that do not involve maiming animals.” Puerto Rico and Guam were the last two jurisdictions where cockfighting has been openly conducted, and Animal Wellness Action calls on political leaders there to urge adherence to the law.

“Staged animal fighting is not representative of Puerto Rico, it does not reflect our values, nor our culture,” said Ana Maria Hernández Martí, an Animal Law attorney based in San Juan. “Given the emphatic court rulings on this subject, political leaders in Puerto Rico need to accept the authority of the federal government to stop this inhumane treatment of animals on our island.”

Citizens can send tips and other information to animalcrueltytips@animalwellnessaction.org. The reward program is also mentioned on www.endcockfighting.org, which serves as a comprehensive resource about the issue and call to action for citizens to help end this illegal animal cruelty.

Animal Wellness Action, the Animal Wellness Foundation, and the Center for a Humane Economy were represented in this case by Jessica Blome of Greenfire Law.